Easing Regulations Give an Impetus to Relocating Crypto Miners 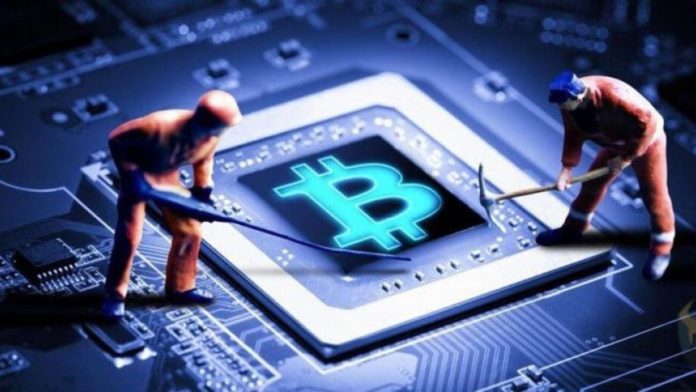 The cryptocurrency market is constantly evolving, and not just due to new technologies, but new regulations and politics as well. For example, earlier this year, after the crackdown of the Chinese government on crypto mining, Bitcoin miners in China have begun looking to relocate their operations to U.S. states like Texas, South Dakota and Tennessee, The Washington Post reported. The U.S. in now the new hub of the Bitcoin mining market. In fact, it is the second-biggest mining destination on the planet, accounting for nearly 17% of all the world’s Bitcoin miners as of April 2021. That’s a 151% increase from September 2020, according to CNBC. ISW Holdings Inc. (OTC: ISWH), Riot Blockchain, Inc. (NASDAQ: RIOT), Bit Digital, Inc. (NASDAQ: BTBT), Sphere 3D Corp. (NASDAQ: ANY), The OLB Group, Inc. (NASDAQ: OLB)

Overall, the approach of financial institutions, businesses and even certain governments has significantly changed in recent years, as commercial payments are slowly warming up to the prospects of Bitcoin. One of the major reasons for this is that a Bitcoin payment is faster, cheaper, safer and less volatile than the local currencies in many countries. In addition, some of the problems that the crypto market was recently facing are already being resolved. For example, by the latest estimates, the Bitcoin network uses as much energy in one year as the country of Argentina. Yet, some companies in the crypto and blockchain market have taken steps to improve the situation. Manhattan Solar Partners, LLC, a joint venture between BIT5IVE, LLC and GMine LLC, recently announced plans to build crypto data centers utilizing over a gigawatt of renewable energy in Texas.

Corporate Name and Symbol Change. As communicated in the Company’s August 3 release, ISW Holdings has officially filed for a corporate name change to “BlockQuarry Corp.” The Company has also more recently filed to change its trading symbol. Both filings are now actively going through FINRA, and more details will be announced soon when FINRA has completed its due diligence process. These actions were taken to bring the Company’s corporate brand into better alignment with its emerging operational character given its growing commitment to blockchain infrastructure, cryptocurrency mining, and collaborative hosting.

Mining Efficiency in Pennsylvania. As recently noted, the Company has switched on its mining operations in Pennsylvania. The miners there are now running at 90 percent operational efficiency, bringing its hashrate at this location to 54000 TH/s. Management is pleased with the smooth operations at the site and looks forward to substantial revenue production from this property over coming months and quarters.

Convertible Debt Elimination. As noted in the Company’s release dated August 23, total derivative liabilities were reduced 96% in the first six months of the year to under $750k. The Company is working hard to continue this trend with recent cancellations and negotiations to cancel more variable convertible notes to eliminate another 500,000 shares of potential dilution. Further updates will be coming soon to communicate more details on this theme.

‘As we see our mining efficiency begin to approach optimum levels for our current capacity, we are making strides toward rebranding our stock to better reflect what we are building here,’ commented Alonzo Pierce, President and Chairman of ISW Holdings. ‘When we began this pivot last year through our partnership with Bit5ive, we had tremendous conviction in the future role that cryptocurrency would play in the world. At the time, Bitcoin was trading under $10k. It is now 5 times that level with strong future growth potential as the dominoes of institutional and mainstream acceptance continue to tip in our favor. This backdrop has also allowed us to make good on our pledge to systematically eliminate dilution risk along the way.'”

Riot Blockchain, Inc. (NASDAQ: RIOT) announced earlier in June its May production and operational updates, including its unaudited Bitcoin (“BTC”) production for May 2021 and its latest miner delivery status. The Company plans to continue to provide monthly operational updates and unaudited production results through the end of 2021. These updates are intended to keep shareholders informed of Riot’s mining production as it continues to deploy its expanding miner fleet. On May 26th, 2021, Riot announced it completed its previously announced acquisition of Whinstone U.S. (“Whinstone”). Whinstone’s Bitcoin mining facility in Rockdale, TX is the largest Bitcoin mining facility in North America, as measured by its 300 MW in developed capacity. The Company announced its plans to immediately commence further development of additional capacity at Whinstone in order to rapidly bring the property to its current capacity of 750 MW. This expansion will be driven by Whinstone’s industry leading development team of over 100 employees.

Bit Digital, Inc. (NASDAQ: BTBT) and Digihost Technology Inc. announced earlier in juicy that the Companies have entered into a second strategic co-mining agreement (the “Agreement”). Pursuant to the terms of the Agreement, Digihost will provide certain premises (the “Premises”) to Bit Digital for the operation of a 100 MW Bitcoin mining system (the “Miners”) to be delivered by Bit Digital for a term of two years. This expanded collaboration between Digihost and Bit Digital is expected to facilitate an additional increase in hashrate of approximately 2 EH between the companies, and a total increase in hashrate between the two companies of approximately 2.4 EH including the initial collaboration agreement that was previously announced on June 10, 2021.

Sphere 3D Corp. (NASDAQ: ANY) announced this June that it has entered into an Agreement and Plan of Merger with Gryphon Digital Mining Inc. (“Gryphon”), a privately-held company focused on the mining of bitcoin using renewable energy. Upon completion of the merger, the Company will change its name to Gryphon Digital Mining Inc. The merged company will focus on expanding Gryphon’s digital mining operations and utilize Sphere 3D’s proprietary enterprise solutions to optimize Gryphon’s processes. “Gryphon’s future focus on mining using 100% renewable energy will set the bar for mining companies of the future. We have been engineering GPU-based converged systems for many years and are excited to leverage our experience to enhance the performance of Gryphon’s operations. We believe the merger of the two companies provides an excellent opportunity to create meaningful value for our shareholders,” said Peter Tassiopoulos, Sphere 3D’s Chief Executive Officer.

The OLB Group, Inc. (NASDAQ: OLB) reported earlier this week that DMint, Inc, a wholly-owned subsidiary of OLB (“DMint”), is expecting their first batch of cryptocurrency data centers to come online mid-September 2021. Located in Bradford, PA, the centers will be powered through clean gas energy generated through DMint mineral rights. “These new data centers employ the latest efficiencies for maximizing performance of the miners with an eye on the environmental impact and cost of power,” said Ronny Yakov, Chief Executive Officer of OLB. “We expect this approach to generate excellent revenue and will enable further expansion of all services and functions important to keeping our merchants competitive. Crypto commerce is becoming increasingly popular with merchants and consumers, and OLB is striving to make it accessible to all.”